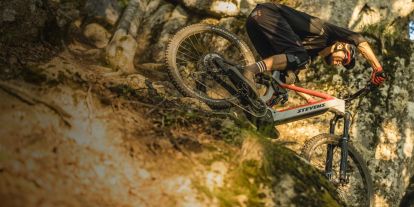 „Bike Bild" compared ten E-Fullys and tested them down to the smallest detail. Our STEVENS E-Inception ED 8.7 GTF was completely convincing and shone both uphill and downhill with its aggressive chassis and touring qualities. 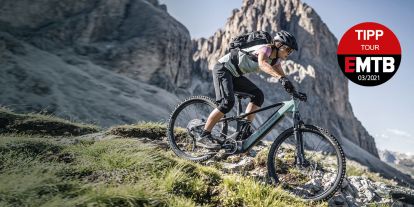 Vertical reach champion: E-Inception AM 8.7 with distinction in the EMTB test

One for extended mountain tours: Our STEVENS E-Inception AM 8.7 GTF convinced in the test of the trade magazine "EMTB" with its outstanding vertical reach and good climbing characteristics. For this, the experts gave it the tip seal in the Tour category. 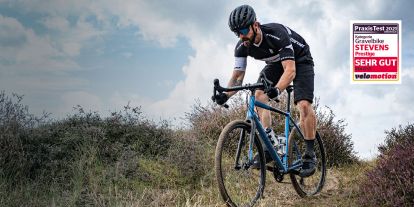 The Prestige leads our new gravel bike series launched in model year 2021. In the big test yearbook of the trade magazine "Velomotion", our adventure machine received a well-deserved "very good" and convinced above all with its high-quality equipment and its frame suitable for touring. 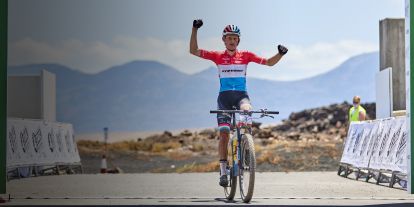 Sören Nissen has won the 4 Stage MTB Race Lanzarote. In the end, the Danish-born rider with a Luxembourg passport beat the strong Spaniard Victor Manuel Fernandez (29) in the UCI category S1 MTB marathon competition and was jubilant not only about his success in the overall classification but also about two stage wins. 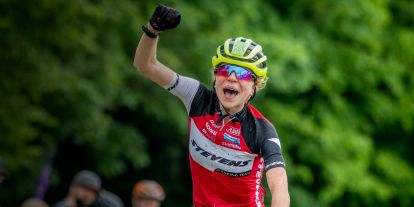 Leonie Daubermann is the German MTB champion of the women's elite. The rider from the Hamburg STEVENS MTB Racing Team surprised the competition at the title fights in Gedern, Hesse, and won the gold medal thanks to an outstanding performance. Markus Eydt also took home precious metal and won bronze in the U23 men's race. 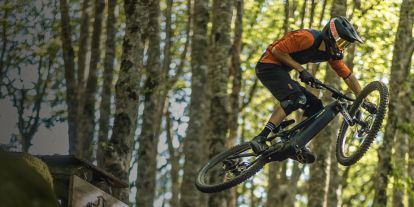 Mountain gold medal for our uphill machine, the STEVENS E-Inception FR 9.7 GTF! In comparison with eleven other E-Fullys, our freeride model shone with top values on the mountain in the FOCUS test (issue 20/21) and convinced with an excellent overall score of 1.4. 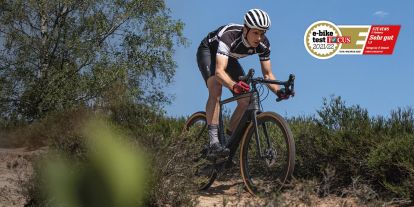 Top marks for the E-Getaway

1.3 overall grade for our STEVENS E-Getaway! In the FOCUS e-bike test (issue 20/21), the gravel pedelec scored top marks and convinced the experts with its balanced riding characteristics and responsive electronic support. Especially in terms of range, the E-Getaway with Fazua drive came up trumps. 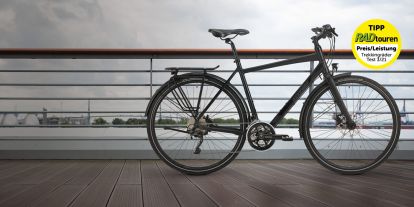 "Price/Performance Tip" for the Randonneur

Optimal trekking performance at an attractive price - thanks to this special combination, our STEVENS Randonneur convinced in the test of the trade magazine "RADtouren". The testers examined eleven lightweight trekking bikes in the 3/21 issue and awarded the Randonneur the "Price/Performance Tip". 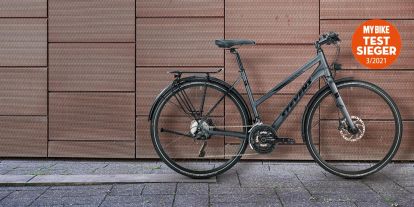 Our STEVENS 8X Lite Tour Lady is the test winner! “MY BIKE" tested seven bikes with low-level entry, including three pedelecs and four bio-bikes in its 03/21 issue. The test focused on riding dynamics and frame stiffness. Our premium City Cross Bike shone with an overall grade of 1.5. 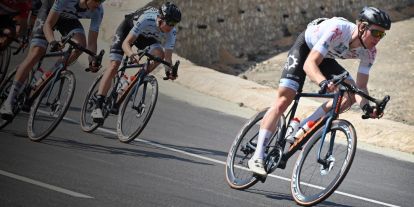 The Continental Team ABLOC CT rides on STEVENS bikes. In its first race in 2021, the team was able to draw attention to itself directly, in the presence of numerous top teams such as Alpecin-Fenix or Deceunick-Quick-Step. At the Tour of Turkey, which ended on Sunday after eight stages, the Dutch Continental team convinced with its attacking spirit. 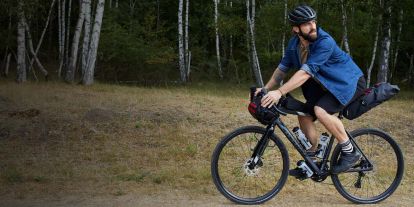 Gravel biking is on everyone's lips - and there are good reasons for that. Gravel biking gives cycling a different kind of freedom. Keyword micro-adventure: A time-out from everyday life is waiting right outside the front door. It is the combination of a sporty riding experience on any surface and a lot of comfort. A bit of a road bike, a bit of a cross bike and yet something completely unique. We tell you what the differences are and why you urgently need to try out gravel biking for yourself. 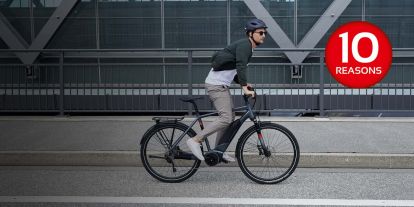 10 reasons for an e-bike

The market for e-bikes has developed enormously in recent years. The demand for future-oriented and ecological mobility has grown. Even though bicycles with electric assistance are by definition actually pedelecs, i.e. bicycles that only offer motor assistance when you are also pedalling, the term e-bike has become established in common usage. So much for the definition. And now the question: Why should I switch to an e-bike? Here are the 10 reasons why... 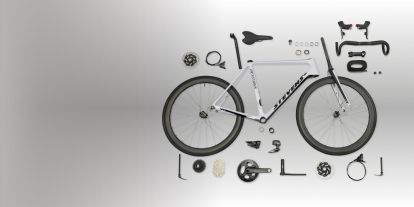 STEVENS Custom Bike: The short way to your dream bike

The composition of racing bike components is a system that is finely tuned to the rider. Both individual preferences and basic physical requirements play a role. For optimal power transmission from rider to machine, all factors must function optimally together. 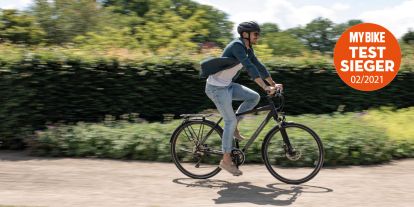 These test results make us particularly happy: in its 02/2021 issue, the bike magazine "MYBIKE" tested eight all-round bikes in the 1,000 to 1,500 euro price range. Our STEVENS Esprit not only shone with an overall grade of 1.5, but also won the overall bike comparison with the competition. Test winner - a great confirmation of our engineering work made in Hamburg. 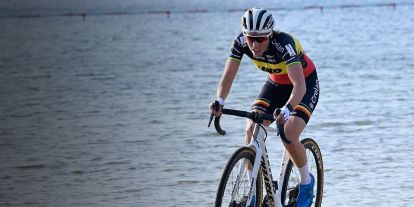 The due to corona heavily compressed cross season came to an end at the weekend. In the final races the Belgian Sanne Cant was particularly convincing with second place at the international Sluitings­prijs in Oostmalle and third place at the Waaslands­cross in Sint-Niklaas. Besides Cant, the STEVENS riders Inge van der Heijden and Annemarie Worst also finished the season with a podium place. 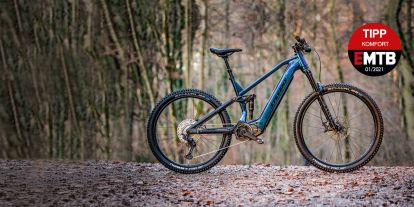 Great test result for our STEVENS E-Inception AM 7.7. The e-fully convinced the experts of the bike magazine "EMTB" in the big e-touring fullys test in the 01/21 issue and received a "comfort tip" from the jury. "Top reach height, good equipment - successful", the testers judge. 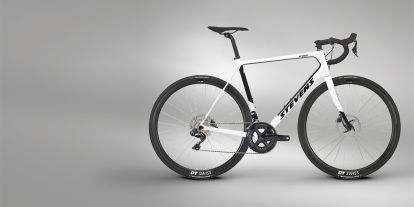 The STEVENS Custom Bike Xenon Disc has already helped many racers to top performances. Now the popular frame kit is available in a new color, the Team Replica design. In the upcoming road season, not only our STEVENS Racing Team will be racing with the Carrara White Black varnish, but also many other teams sponsored by us as well as riders like Sanne Cant and Annemarie Worst. The Team Replica thus ensures real STEVENS identification on the road. 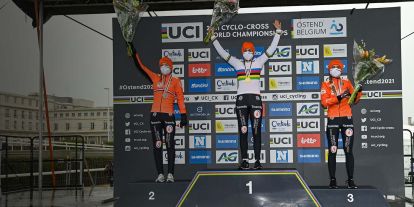 Two silver medals and one bronze - these are the strong results of the STEVENS riders at the 2021 Cyclocross World Championships in Ostend, Belgium. The Dutch riders Annemarie Worst and Aniek van Alphen just missed out on the title in the elite race and the U23 women's race. Timo Kielich rode to bronze in the U23 men's race. 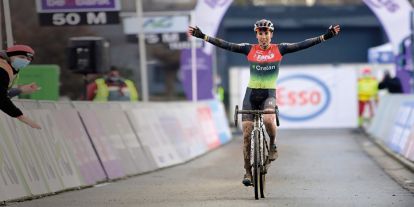 Last weekend, while all was at a standstill in Germany due to the Coronavirus pandemic restrictions enforced by BDR (German Cyclists Federation), some of our neighboring countries went forth with their championship title events. Our STEVENS racers showed up in top form at these races, especially those held in Belgium, Switzerland and Italy where they earned three national championship titles. 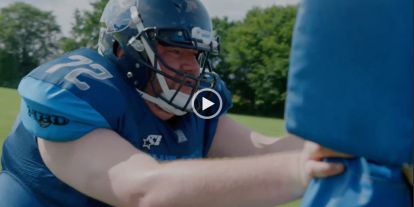 180 kg of combined bike, rider and luggage weight!
Despite the low step-through, the E-Triton Plus is #1 in terms of load capacity ...